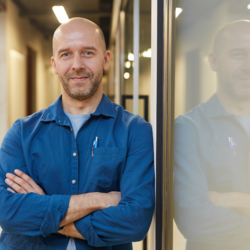 The main reason I accessed the service was because I need an operation and one of the conditions is to be completely smoke free for 6 months before I can have it, there are obviously other reasons, such as finances etc.

I didn't believe I could achieve 4 weeks smokefree at the beginning. I had tried stopping a few times over the years with little success. However, this time I've found it much easier for some reason.

I used nicotine gums and a vape initially, the gums were very helpful.

Apart from medication, I have downloaded scrabble games on Google Play App which keeps my hands and my mind busy.

My health has improved since I quit as my breathing has improved, I can breathe better. I coughed a lot in the beginning, but that's gone now. My sense of smell is better and I can actually taste food now.

Since quitting, I've started collecting Herron saving stamps with the money I don't spend on tobacco. I've got £120 saved for Christmas!

I don't think the pandemic helped or made it harder, I would have quit anyway. It didn't make it easier or harder. I had many reasons to stop and not one single reason to go back to smoking.