ASH warns that the ban on sale of menthol cigarettes is long overdue. 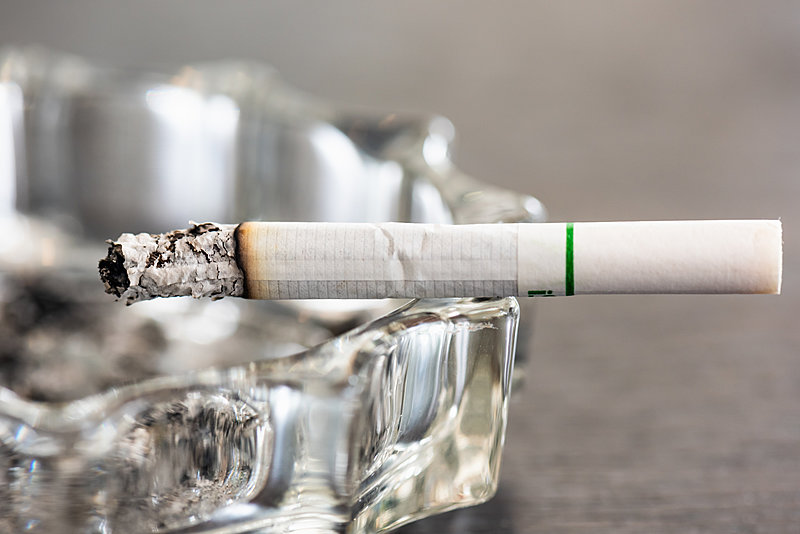 Action on Smoking and Health (ASH) welcomes the introduction of the ban on child-friendly menthol cigarettes on 20th May as a decisive next step towards ending the tobacco epidemic.[1] The increasingly tough twenty first century tobacco regulations introduced by successive governments have been associated with a rapid decline in youth smoking from 17% of under 16s in 2002 to 5% in 2018.[see ASH graphic with date of implementation of regulations and smoking rates from 2000 to 2018 link]

“Menthol cigarettes are a child-friendly starter product because menthol makes it easier to smoke and to inhale the smoke deep into the lungs. Menthol smokers are also more likely to become heavily addicted and find it harder to quit. That’s why the Government concluded a ban on menthol was justified[1], it’s just a shame it’s taken so long. The ban on menthol is long overdue, all other cigarette flavourings became illegal three years ago.”

Despite the long-term decline in child smoking, in England an estimated 280 children under 16 will start smoking today [2] highlighting why the menthol ban is needed.

More than two thirds [3] of the 280 children across England who start smoking today will turn into regular smokers, risking a lifetime of addiction and years of disease before a premature death. Every year nearly 80,000 people die from smoking in England,[4] and smoking is responsible for half the difference in life expectancy between the richest and the poorest.[5] The ban on menthol will help bring to an end this public health disaster.”

Ex-smoker Sue Mountain, from South Tyneside, used to smoke menthol cigarettes. She underwent laser treatment in 2012 after a biopsy revealed she had laryngeal cancer.  The cancer returned in 2017 which required radiotherapy every day for four weeks.

"I went onto menthol cigarettes many years ago when I had my first child, Zoe.  I found it very difficult to stop smoking, and I thought that this was a safer choice.  It had to be, it was menthol and menthol is used for medicinal purposes.  Since the cheap cigarette market did not have menthol as a cheaper tobacco, I reverted back to ordinary cigarettes but always felt guilty that I wasn’t taking the “healthier” option.”

“I’m so pleased the UK government are introducing the menthol ban because of menthol being associated with medicine and that it does the body good. I believe these types of products were giving the message that they were less harmful just by having menthol associated with them. I believe many smokers will have died or have suffered from smoking related diseases because they wrongly believed menthol was a healthier choice.”

All other characterising flavours in cigarettes have been banned from sale since May 2017, but after intense tobacco industry lobbying the implementation date for menthol was delayed by three years. Analysis of industry data by the Tobacco Control Research Group at the University of Bath show that during this time the tobacco industry continued to promote menthol cigarettes and the UK market share of menthol cigarettes grew rapidly from 14% of cigarette sales in 2014 to over a fifth (21%) in 2018. [6]

I don’t understand why the Government is allowing the sale of menthol flavoured cigarillos, which look like cigarettes and smoke like cigarettes, the only difference being they’re wrapped in tobacco leaf. Whether they’re cigarettes or cigarillos the menthol flavour makes them easier to inhale for young people starting to smoke, and worse still because they’re cigarillos they can be sold in smaller, ten packs, making them cheaper to buy and more accessible to young people, going against everything I believe in.”

Action on Smoking and Health is a health charity working to eliminate the harm caused by tobacco use. For more information see: www.ash.org.uk/about-ash. ASH receives funding for its programme of work from Cancer Research UK and the British Heart Foundation.

[1] For a detailed analysis of the legislation and the evidence behind it see the ASH media Advisory. See https://ash.org.uk/media-and-news/press-releases-media-and-news/advisorymentholban2020/

[2] Methodology: Calculated by the Cancer Intelligence Team at Cancer Research UK, December 2019, using Smoking, Drinking and Drug Use in Young People in England 2016 and 2018 data Figures represent the average number of children per year between 2016 and 2018. Percentage of new smokers was calculated for each single-year age band, and 'smoker' was defined as 'regular', 'occasional' or 'used to smoke'. For example, percentage of new smokers aged 13 in 2018, was calculated by subtracting the percentage of smokers aged 12 in 2017, from the percentage of smokers aged 13 in 2018. This calculation was used for ages 12, 13, 14 and 15; for age 11 all smokers were considered new smokers. 2017 figures were estimated as the average of 2016 and 2018, as no 2017 survey was carried out. Percentage of new smokers in England was applied to UK population estimates to obtain the number of new UK smokers. The 2014-18 trend in estimated number of new child smokers in the UK each year was projected forward to obtain estimates for 2019-21. Yearly figures were divided by 365 to obtain daily figures.
[3] Birge M, Duffy S, Miler JA, Hajek P. What proportion of people who try one cigarette become daily smokers? A meta-analysis of representative surveys. Nicotine Tob Res. 2018 Nov 15;20(12):1427-1433. doi: 10.1093/ntr/ntx243